We would like to offer our sincere support to anyone coping with grief. Enter your email below for our complimentary daily grief messages. Messages run for up to one year and you can stop at any time. Your email will not be used for any other purpose.

Anthony (Tony) K. Jones 66, of Sandusky Ohio, was obedient and answered the call of The Master on January 15, 2023 at The Cleveland Clinic, Cleveland, Ohio after a brief illness. Anthony was born in Statesboro, Bulloch County, Georgia on April 25, 1956, the third child to the Late Mr. P.J. Jones and Mrs. Ronella Winn-Jones.

Tony graduated from The Southeast Bulloch High School in Brooklet GA. in 1973. He was Vice President of his senior class, member of the student counsel and voted Mr. Senior, his senior year. Tony was loved by his classmates and won the title by a landslide of “Mr. Black Southeast Bulloch”. He was a “Yellow Jacket” with the school’s football team from 1970-1973. He also won the title for Best Defensive Lineman for the School State Championship in 1972. He furthered his education at Morehouse State University in 1973.

After relocating to Ohio, he worked in managerial positions for General Motors & Kia Financial.

Tony wore many crowns - a devoted husband, father, grandfather, brother, uncle & friend just to name a few. He will always be remembered for the love shown to his family and friends. Though he lived in Ohio for over 40 years, he never missed a chance to come home for his family reunions or just to reunite with his siblings and family. He loved football, Dallas Cowboys & Alabama Crimson (Roll) Tide, golfing, and fishing.

All rights entrusted to the care of Toft Funeral Home Sandusky Ohio.

To send flowers to the family or plant a tree in memory of Mr. Anthony (Tony) Keufauver Jones, please visit our floral store. 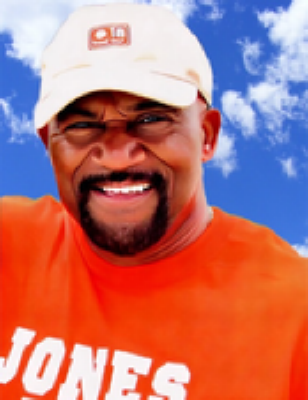 In Loving Memory Of

Look inside to read what others
have shared
Family and friends are coming together online to create a special keepsake. Every memory left on the online obituary will be automatically included in the book.

In Loving Memory Of

Look inside to read what others have shared

Family and friends are coming together online to create a special keepsake. Every memory left on the online obituary will be automatically included in the book.

You can still show your support by sending flowers directly to the family, or by planting a memorial tree in the memory of Mr. Anthony (Tony) Keufauver Jones
SHARE OBITUARY
© 2023 Craig R Tremble Funeral Home. All Rights Reserved. Funeral Home website by CFS & TA | Terms of Use | Privacy Policy | Accessibility